If you’ve ridden in Quebec or Eastern Ontario, you’ve likely heard about the great cycling in Gatineau Park. Located just a few minutes north of the nation’s capital, the Park has more than 150 kilometers of hiking trails and pathways, lakes for canoeing and swimming, and great camping for quick summer getaways. And in the winter, many of the Park’s roads are closed to vehicle traffic for cross country skiing. Not only is that great for winter users, come spring and summer, it also means the asphalt of the parkway is in nearly pristine condition for road riding! 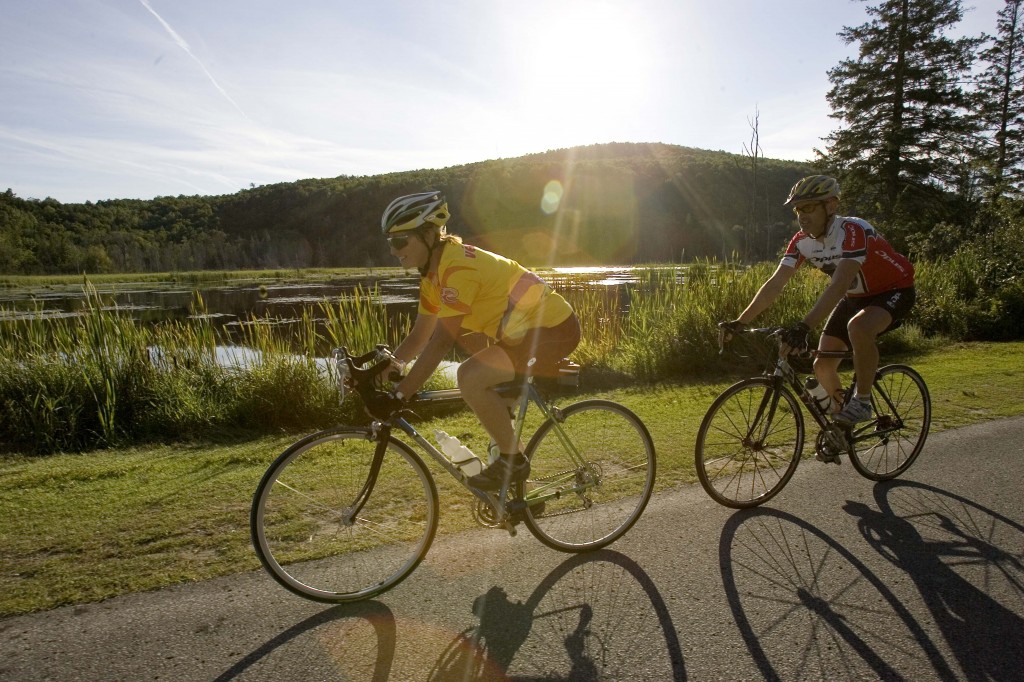 Photo courtesy of the NCC

The Gatineau Parkway is a much-loved 40km loop of rolling hills which climbs up to the scenic Champlain Lookout. Closed to vehicle traffic every Sunday morning throughout the spring and summer, it is an extremely popular route for cyclists of all stripes. On any given day you’ll see commuters, families out for an afternoon spin, novices cutting their teeth on Pink’s climb, and teams flying down descents in matching kit.

Photo courtesy of the NCC

Gatineau Park has it all: beautiful views, rolling hills, and smooth, car-free roads.

“When I lived in Hull, my weekly ritual was a solitary ride while the Parkway was closed on Sunday mornings, but I also took part in many group rides among friends, and even did an overnight bike tour to the north end of the Park, camping by Lac Philippe. It was on those roads that I got stronger on the bike, increased my confidence riding alongside traffic, and began to truly love road riding.” – Rachael, Integrated Web Content Coordinator.

Tags: Staff Rides, where to ride